Another type of interactive, reality-based display environment, Augmented Reality (AR) refers to the technology that overlays information and virtual objects on real-world scenes in real-time. It combines real and computer-based scenes and images to deliver a unified, but enhanced view of the world.

Although it has various implementation models and applications, AR’s primary objective is to provide a rich audiovisual experience.

The term was first coined back in 1990 by Thomas P.Caudell of Boeing. 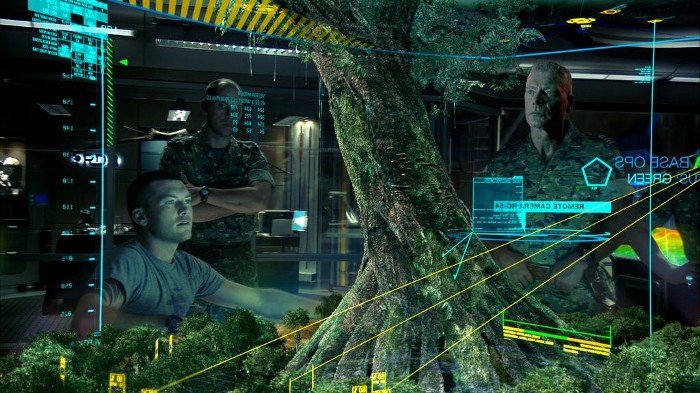 Augmented Reality as seen from the movie, Avatar.

Augmented Reality (AR) is an enhanced version of reality, where live direct or indirect views of physical real-world environments are augmented by adding layers superimposed computer-generated images over a user’s view of the real-world.

As compared to Virtual Reality (VR), AR doesn’t create the whole artificial environments to replace virtual from the real one. Meaning, it appears in direct view of an existing environment, and adds videos, audios, and graphics to it. AR is a kind of technology that expands our physical world, by adding layers of digital information into it across multiple sensory modalities (e.g. somatosensory, auditory, visual, olfactory, and haptic).

First commercialized in television and gaming, AR is ready to transform sectors such as logistics,enterprise communications,analytics, manufacturing, marketing, field service, and many more.

Turned out to be one of the next massive developments in the 21st century, Augmented Reality (AR) is ready to transform sectors such as logistics, enterprise communications, analytics, manufacturing, marketing, field service, and many more.

AR is a technology that expands our physical world, by adding layers of digital information into it across multiple sensory modalities (e.g. somatosensory, auditory, visual, olfactory, and haptic).

Although the AR concept works to add advancement with people’s day to day living, sometimes it could be an avenue for digitally manipulating and masking from reality.

Next post we will discuss about both technologies, and see if there is something in common between them.

3 thoughts to “Technology review – What is Augmented Reality?”