News about driverless train technology isn’t new in the metro at all.

From London Underground‘s Victoria line in 1967 to the recently opened Pujiang Line in Shanghai, China in 2018, the autonomous train system has been improving and developing through the years in numerous countries.

With its development, issues about safety and regulation has been on the rise as well.

Cited in a recent article, arguments about whether or not railroad systems should be completely automated or still be assist by humans were rolled out in the US.

In the article, the Association of American Railroads argued that in order to improve railroad efficiency and capacity, automation in the industry is necessary. Fully automated trains, the association asserts, “are certainly in the future” and plausible, with or without human crews.

“The bottom line is machines can detect more, respond faster, and provide a larger window for action, than a safety system that is subject to the limitations inherent in human eyes, minds and hands,” the association said.

The association also pointed in its filing the safety data from the Department of Transportation that attributed more than a third of train accidents to human error.

On the other hand, the Transportation Division for the Sheet Metal, Air, Rail and Transportation Union claimed in their own comments to the Federal Railroad Administration (FRA) that there are a large number of tasks that humans complete using their “perception and judgement” that can’t really be substituted with automation, including spotting issues before they become problematic, checking track conditions, and identifying hostile actors in a way automated technology cannot detect.

In addition, SMART’s Transportation Division pointed out that separating a train in order to open a blocked road crossing is a two-person job.

“We know that it is vital that you have the eyes and ears of real people on these trains,” said John Risch, national legislative director of the SMART Transportation Division said.

At this point, we aren’t still on the verge in making fully automated trains the part of our increasingly populated urban cities, are we?

Driverless trains from the London Underground, Paris Metro, to Dubai Metro, we can now say that the future is near. They are fully operational without drivers and are moving under unattended train operation (UTO) mode.

Also, its energy efficient, fully monitored with CCTV cameras (inside or outside the train), and could be directly accessed by the control center in driverless mode with no human errors. 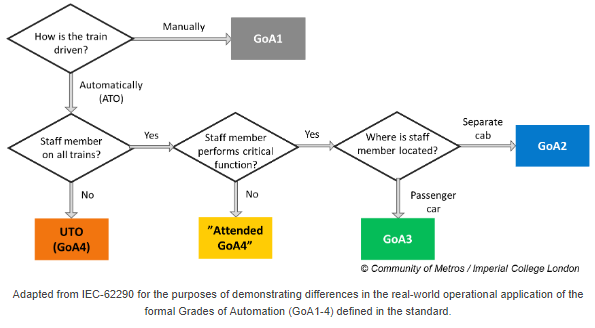 The Wonders of Driverless Trains 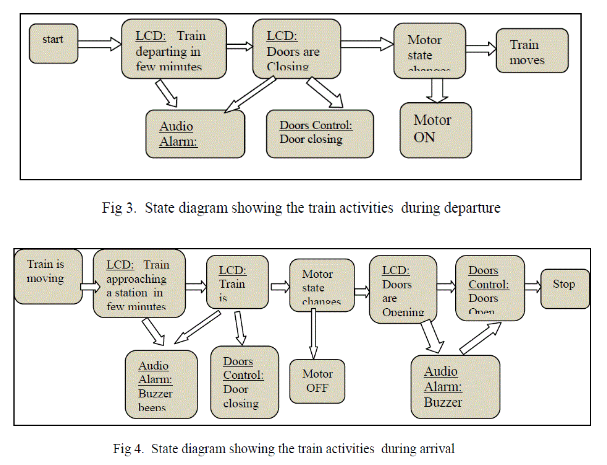 Driverless trains are equipped with a control system programmed to make them follow a specific route. On such case, timings of the train and distances between stations are also predefined with automatically generated messages and warnings, announced to the passengers.

To understand more of how driverless trains work, let’s take a look on its grades of automation:

Advantages and Disadvantages of Driverless Trains

With driverless trains, the possibilities that it offer are quite promising and outstanding.

In certain cases such as emergency brakes deployed by a passenger, it can be assessed by the control center with the aid of passenger area surveillance. In case of fire, smoke detectors inside the train and on the track directly reports to the control room to devise full emergency stop and quickly re-route the network.

For long-distance rail systems, these trains are capable of navigating inaccessible areas with its sensors and detectors, handling concerns such as animal encroachment, bad weather conditions, and automobiles obstructing the railway path.

For its disadvantage, driverless trains come with higher capital and operational costs, such as remote monitoring, passenger communications, and maintenance costs. In addition, handling total control over to an automated system may pose certain risks on passenger, because we are used to travel in public transports controlled by a trained driver who can respond to emergencies or unusual situations. There are cases that passengers can misuse the doors or systems integrate false alarms causing further delays.

Driverless trains are greatly improving its technology to provide greater comfort and efficiency in numerous urban cities all over the world.

But there are pros and cons surrounding the technology that needs to be addressed.

Whatever the outcome, the opinion of the masses and on the brilliant minds of the geniuses that would prevail at the end.