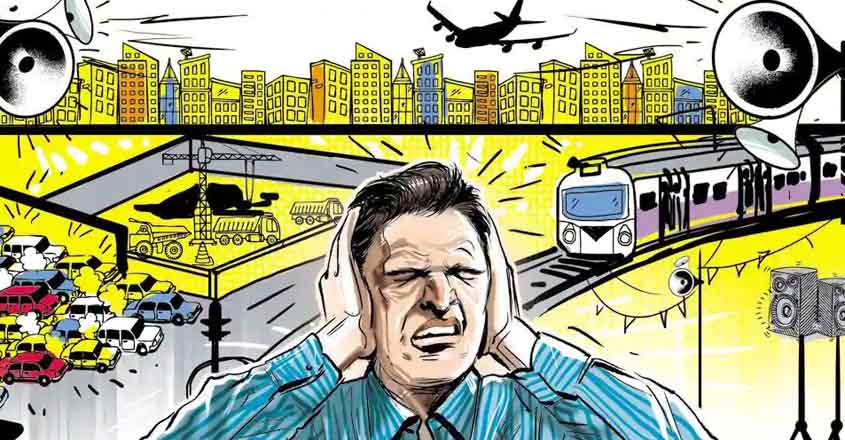 Noise Blocking Technology is a broad field of noise control that, in theory, reads the intruding noise and then sends back a “cancelling” or “damping” sound wave toward the sound source.

Current noise blocking technology comes in the form of headphones and earbuds.

In order to cancel noise, these devices emit an anti-noise signal to contrast the external sounds. But the time having to produce this anti-noise signal is extremely very short with some of the noise getting through, that is why these headphones must cover the entire ear with noise-cancelling material.

However, having to use these type of noise-blocking headphones has its own risks – it’s uncomfortable and sometimes, can even be harmful.

Wanting to create a space free from distractions?

Have a peace of mind with an all new Noise Blocking Device available to create noise-free bubbles around yourself and prevent objects from vibrating to drown out obtrusive noises.

It has different modes in cancelling out the noise to prevent people from overhearing conversations and sleep soundly without being disturbed overnight with those nerve-racking noise outside your window.

Long before noise blocking technology existed, people over the century has been trying to find better ways to keep unwanted sound out.

In 1925, Hugo Gernsback invented the Isolator, a lead helmet with viewing holes connected to a breathing apparatus.

Also, laws and legislation were passed to stabilize noise all over cities such as targeting noisy technologies like the Klaxon automobile horn, which Paris, London, and Chicago banned by ordinance in the 1920s and in the 1930s, New York Mayor Fiorello La Guardia launched a “noiseless nights” campaign aided by sensitive noise-measuring devices stationed throughout the city.

Word Health Organization revealed that 1.1 billion young people (aged between 12–35 years) are at risk of hearing loss due to exposure to noise in recreational settings and unaddressed hearing loss poses an annual global cost of US$ 750 billion.

Although we can use different devices like noise cancelling headphones, it just seem not enough to block out all the noise and the inconvenience.

Recently, a US based company released a new product that emits vibrations along with sound waves that allow users to not only play music but also cancel other noises.

This noise blocking technology sound control device creates a perfect environment for people who wants better concentration and focus and get good enough sleep or be free from anxiety in response to screams and very loud noises outside.

The device called Muzo, promises to block out unwanted noise around and replace it with a soothing soundscape.

Just stick it on a flat source and create your own free personal space.

It sends vibrations into the surface and uses it as a large speaker membrane to create a noise-blocking sound field.

The device works in three modes:

When activated, sound levels can be adjusted in a smartphone app, customizing your experience in various situation.

Though the noise blocking technology device is incredible powerful, the tool should only be used appropriately in specified setting.

You can now have better sleep, private conversation, better concentration and most of all, peace of mind.