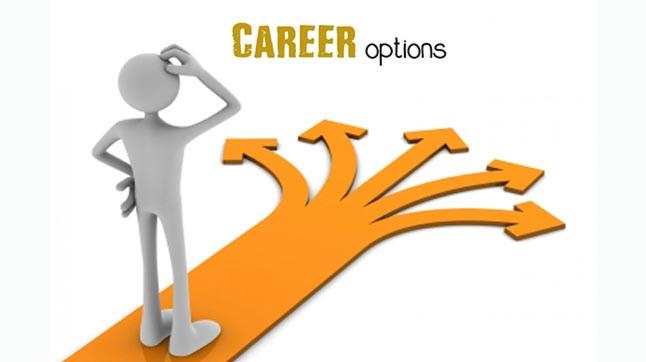 Computer science students often get asked, what will you become after graduation. To those who commit to the life of programmer, there are a lot of different paths that you can take. Today we will discuss about the buzz words that everyone knows about: Frontend developers, Backend developers and Fullstack developers.

Why do we need to know about the above job roles? It’s because different roles require different skill sets to focus on, and to be good at one of them, we need to switch our mind toward it. To keep it simple, we will discuss about web development only. However, the same concept can be used in other fields, such as software and mobile development.

Frontend developers: mostly working on the client side interface of an application, which includes html, css and javascript for web development, user interface (UI), user experience (UX). Basically they are responsible for anything that users can interact with.

Backend developers: working on the server side of an application, which includes any logical structures that form a server, an infrastructure for an application, including server configuration, database management, and backend logic.

Fullstack developers: fluent in frontend and backend responsibilities, and some extra knowledge about deployment operations (DevOps).

Frontend development includes a deep knowledge of HTML, CSS and Javascript. Nowadays, we have various third-party libraries and frameworks that help with our development process. Some well-known third-party modules are:

However, knowing those frameworks does not mean you have what it takes to be a good frontend developer. You also need to have a good knowledge about multimedia design, UI/UX design. Some of the aspects to acquaint are choosing a suitable color palette, typography, website layouts, etc. Experiences with the above fields can be what separate you and the rest.

For a student who decided to pursue a frontend developer career, I would start with the basics like HTML, CSS and pure Javascript, then move up with popular libraries like jQuery and Bootstrap. After that, you can open yourselves to more advanced fields like color rules or typography. 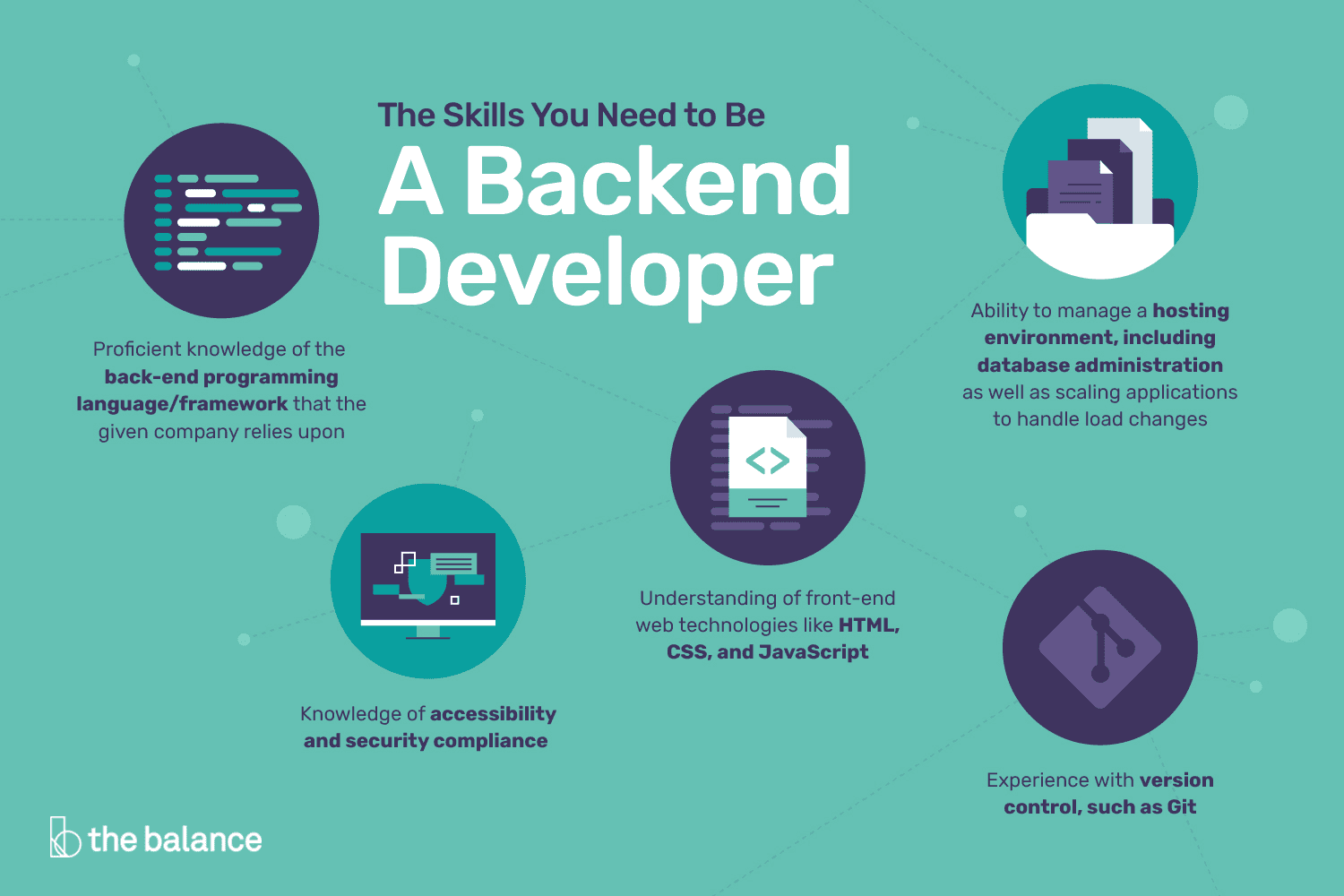 Backend developers need to know almost everything about the server side code and how the server is configured. Several programming languages and technologies that are useful are:

Similar to frontend developers, backend developers also need to know about advanced topics like design patterns, knowledge about web infrastructure. These aspects are very important in optimizing and scaling a website/application. Developers who are fluent can be paid very high, estimated at $120,000 – $140,000 per annum (which I haven’t gotten to that level yet 🙁 ).

For students who want to become backend developers, I would say that you can start with a simple programming language like Python or C, to learn about the fundamental of computing. By learning about algorithms and design pattern logics, you will improve your knowledge of how to optimize your code, how to manage memory and therefore improve the scaleability of your programs. After that, you can continue with database interactions, and play around with various CMS platforms. Once you get to that level, then open yourselves to advanced web infrastructures and server configurations.

As mentioned above, a fullstack developer is meant to have knowledge and experience about frontend and backend operations. Moreover, they need to understands how to deploy code into different environments, maybe less than a DevOps engineer, but to some extent they can understand the principle of continuous integration/continuous deployment.

Fullstack developers have to train themselves a lot harder than the above roles. They need to have a lot of experience regarding the mentioned fields. Some people that I know started out with a frontend role in a company, then move on and be a backend developer in another company. After that, they trained themselves with DevOps technologies and dabble with the fullstack developer role. Recruiters often think that fullstack = frontend + backend. However, it goes deeper than that and you will need to tackle the advanced topics very soon once you take the role.

“Success is no accident. It is hard work, perseverance, learning, studying, sacrifice and most of all, love of what you are doing or learning to do.” – Pele

Each role may deal with different technology stacks. But underneath, they all share the same computing principles. We all need to optimize our code, using the least resources possible to produce the biggest outcome possible. Technologies move incredibly fast these days, and as developers, we will need to continue learning while we’re working. 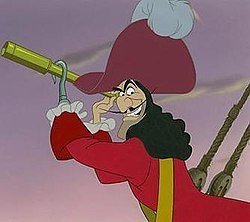 Version 16.7 does not bring us any new features, but rather fixing various bugs and performance boost. One main performance improvement is for React.lazy for large number of lazy components.

Facebook team promised to release Hooks feature along with React 16.7, however, they did not release the API in this version, and now we have no idea when it will be released. If you want to read more about Hooks, I will have another post discussing in details about this feature. For now, the proposal is available at https://reactjs.org/docs/hooks-overview.html

EDIT: You can read all about Hooks here.

Since this version ships with only bug fixes. There should not be any difficulty in upgrading react version in your project.

According to this comment, Hooks feature will be released very soon, the proposal has been accepted and the implementation is merged into master. We just need to wait for them to test thoroughly.

Facebook team will likely release Concurrent mode after Hooks feature is out. More details will be revealed at the end of Q1 2019, since the roadmap states that it will be released in Q2 2019.

React 16.7 release does not include any breaking changes. Upgrade from 16.6 to 16.7 should not break your projects.

In Oct 24, 2018, React 16.6.0 was published to npm. It brings a lot of exciting new features, including contextType, React.lazy() and React.memo(). We will discuss in depths of what they are and how will they change your React ecosystem.

In this blog post, I am going to assume that you already have certain experience with React, and have been working with React for a little while (mainly for understanding the tremendous advantages that the new features will bring us.

With the sample above, we can see that with contextType, we bound the context value to the component itself, which simplifies one layer of nested component to be rendered. This suddenly looks like it is so much similar to how we use redux store!!!

This is very simple. It enables the same functionality of React.PureComponent for functional components.

Previously functional components will re-render every time its props change, regardless of value.

With React.memo(), now functional components will shallowly check whether props values have changed, and decide to re-render.

In my opinion, this is the most outstanding feature that React 16.6 offers.

Short description: it allows React components to only be downloaded from server on demand.

In the example, MyComponent will download OtherComponent only when it is needed.

This is very useful in tabular structure, where most users do not browse every tab content.

Recently I was pulled into an old web-based game called Ghost Trapper. The gist of it is, after a period of time, I can click on a button to trap a ghost, then a count down appears and I have to wait for the count down to stop until I can hunt ghosts again.

Then it hit me, why don’t I automate the process so that I don’t have to spend so much time to play anymore.

Here’s a screenshot of the game. 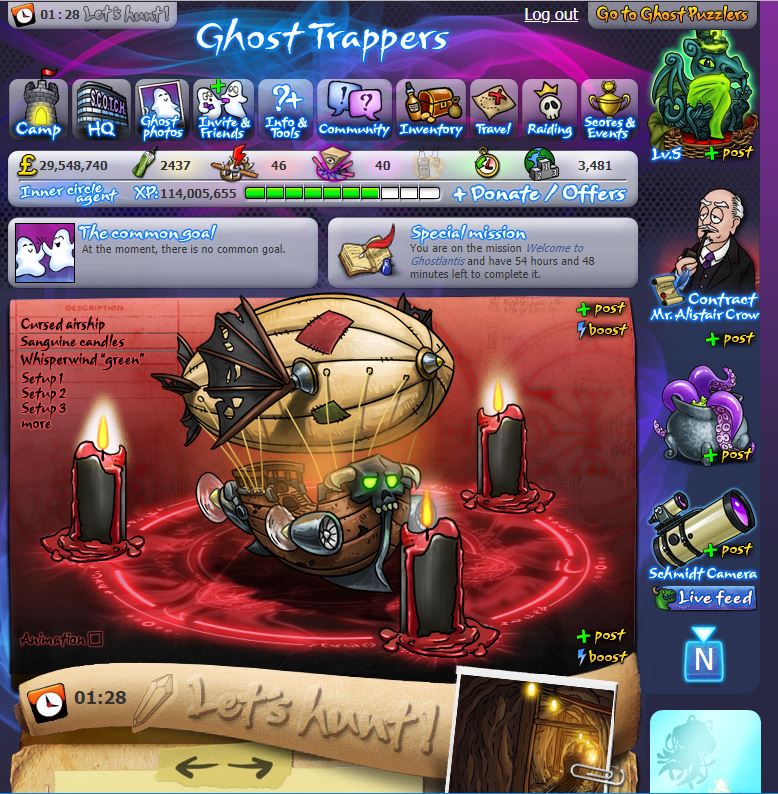 Note the top left count down. Once it reaches 0, I can click that button again and continue hunting ghosts.

I look around for a solution for automating the process. There are quite a few options:

I have some experience in Scrapy, Phantom.js; so I was thinking, why not utilize what I have already known?

… Or I can jump into new things and learn how to do it.

I decided to go with the second option, and I chose Tampermonkey to do the work.

So I quickly wrote a small script to check if the button is active, and if so, click on it.

The problem is, I would like to have the script runs on multiple machines, and I want to synchonize the code in all machines, so if I update the code I’ll just need to do it once.

I ended up with the following structure:

Looking good, however, the script requires 2 files, one from jquery CDN. one from my local machine. And the speed is not very nice (took me a noticeable time before the hunt click happened).

I thought, why can’t I combine them into 1 file? I have experience in Webpack, so let’s try it out.

Then I created webpack config file

Then I create a main file for webpack to point to.

After all this, I compile webpack config. And voilà, the bundle is ready for me to include into tampermonkey, and it runs exactly what I wanted.

From then on, I added multiple features to my automation tool. The ease of webpack’s watch mode really helps me during development, as I just need to refresh the page and the new code is already deployed.